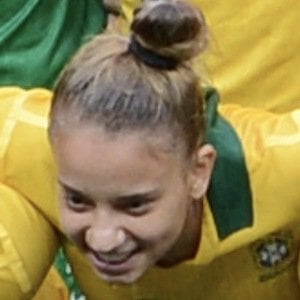 Forward who is famous for her international club career, including for Incheon Hyundai Steel Red Angels of the South Korea WK League. She previously played for Juventus between 2005-2008.

She began her professional soccer career in 2005 for Juventus.

She represented Brazil's senior national team at the 2011 FIFA Women's World Cup. She then competed for the side at the 2012 Olympic Games.

She was originally born and raised in Sao Paulo, Brazil.

As a forward who plays with finesse, her style of play has been compared to fellow Brazilian soccer star Neymar.

Thaís Guedes Is A Member Of