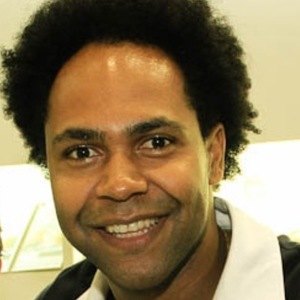 Singer and guitarist whose dedication to the Protestant faith can be heard on releases like Na Sala do Pai (2009) and As Canções Que Eu Canto Pra Ela (2015). Prior to his solo career, he was a member of the Brazilian pop-rock band Jota Quest.

He grew up attending the Comunidade Evangélica Sara Nossa Terra church. He was a member of the musical trio Muitomais in the late 90s.

His album Acústico Gospel (2004) was nominated for a Latin Grammy for Best Christian Music Album in Portuguese.

He married Daniela Campos and has children named Miguel, Gabriel and Romeo.

He and Gabriela Rocha have performed the song "Nada Além de Ti" together.

Thalles Roberto Is A Member Of