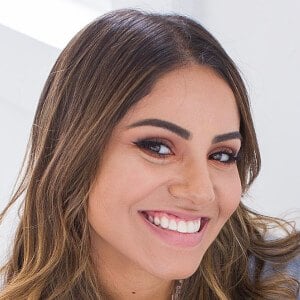 World music singer who recorded her live album Até Transbordar at her church, Lagoinha Church in Niterói in Rio de Janeiro. She has more than 5 million followers on her gabrielarocha77 Instagram account.

She grew up a part of an evangelical church and started singing in church at the age of 5.

She is from Sao Paulo, Brazil.

She and Ana Paula Valadão and Kari Jobe are Christian music singers just like her.

Gabriela Rocha Is A Member Of