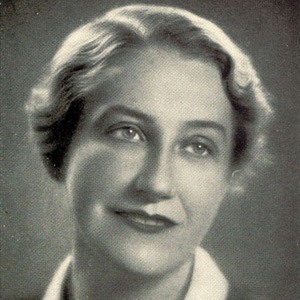 The wife of filmmaker Fritz Lang and an accomplished author in her own right, she wrote The Wandering Image, A Weary Death, and other screenplays. She also had a career as an actress and director.

She was born into an upper-class family and displayed a remarkable understanding of art from an early age. She published her first poetry and short fiction when she was only thirteen years old.

A political activist as well as a writer, she opposed Germany's Paragraph 218, a law that outlawed abortions.

She supported the career of her husband, Fritz Lang, even when Lange started publicly chasing younger women. She and Lang parted ways in 1933, at which point she wed Ayi Tendulkar.

Her film, The Testament of Dr. Mabuse, was re-made in 2013 and starred Jerry Lacy.

Thea Von Harbou Is A Member Of