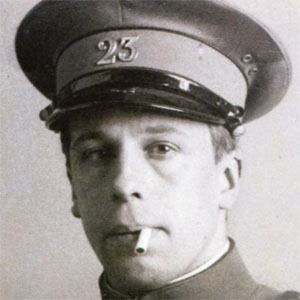 Dutch artist who was the founder and leader of the De Stijl art movement. He founded the De Stijl magazine in 1917 with J.J.P. Oud, Bart van der Leck, Vilmos Huszar, and Anthony Kok.

He spent his teenage years studying paintings by Wassily Kandinsky.

He briefly taught at the Bauhaus School, where his artistic aesthetic was well-received.

His father Wilhelm Kupper was a photographer. He was actually closer to stepfather Theodorus Doesburg, taking a portion of his name as his painter name.

He was influenced by the great Impressionist painter Vincent van Gogh.

Theo van Doesburg Is A Member Of