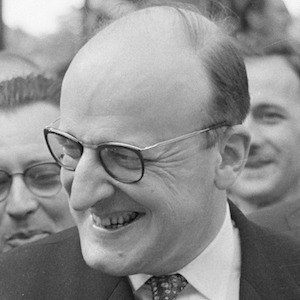 Lawyer and politician who served as thirty-ninth Prime Minister of Belgium from 1961 to 1965.

He began his career as an attorney in the Ghent Court of Justice.

He represented the Belgian Christian Social Party (PSC-CVP) in the Belgian Parliament beginning in 1946.

He and Antoine Ghonda were both Belgian-born politicians.

Theo Lefevre Is A Member Of