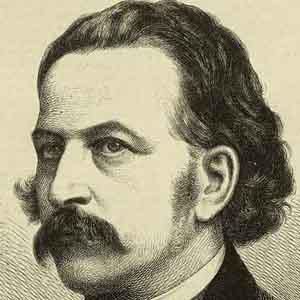 A German-born author and poet of the Nineteenth Century, he is remembered for Effi Briest and other works of literary realism. He also wrote several works on the topic of Great Britain, including Ein Sommer in London and Aus England, Studien und Briefe.

The son of a German apothecary, he was born near Berlin. He joined the Prussian Army in the mid-1840s and later relocated to London, England, where he pursued a career as a journalist.

His long-lasting career as a theatrical critic began in 1870.

He was married to Emilie Rouanet-Kummer and had two sons.

He was a contemporary of fellow German author Georg Buchner.

Theodor Fontane Is A Member Of