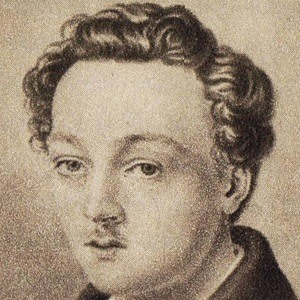 A German playwright, poet, and prose writer, he is best known for his satirical drama, Leonce and Lena, as well as for his 1835 play, Danton's Death. His other dramas include The Hessian Courier and Woyzeck.

He read modern languages in secondary school before studying medicine, politics, and French literature in Strasbourg.

After involving himself in revolutionary activities, he was accused of treason, and he narrowly escaped imprisonment and death.

He was a relative of the famous philosopher and physician, Ludwig Büchner, as well as of the renowned chemist, Ernst Büchner.

He translated two of Victor Hugo's plays into German.

Georg Buchner Is A Member Of