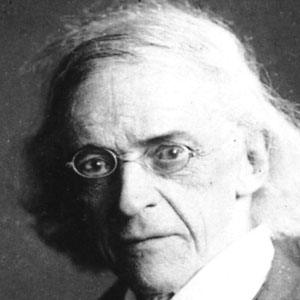 German classicist who was widely considered one of the world's foremost authorities Roman civilizations. His best-known work, A History of Rome, earned him the Nobel Prize in Literature in 1902.

He grew up in the town of Bad Oldesloe and attended college in Altona for four years.

He was also a politician who served in the Prussian House of Representatives and was a strong opponent of antisemitism.

He was the son of Lutheran minister.

He was such an admirer of Roman general Julius Caesar that he refused to write about his death in A History of Rome.

Theodor Mommsen Is A Member Of