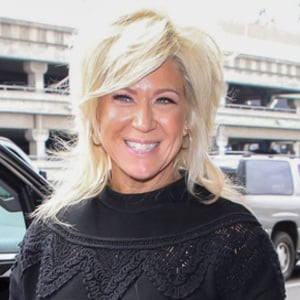 Star of the series Long Island Medium who has claimed that she can communicate with the deceased.

She said that when she was younger, she had the ability to see images and hear things that others couldn't. As she got older, she shut down that ability because it frightened her.

She is the New York Times bestselling author of There's More To Life Than This and You Can't Make This Stuff Up.

She married Larry Caputo in 1989 and they later separated in 2017. They share a son named Larry Jr. and a daughter named Victoria.

Theresa Caputo Is A Member Of