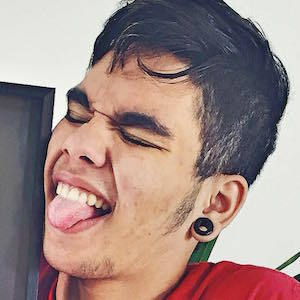 YouTube vlogger who is best known for his #100 Noção channel. He has gained renown for his frequent and eclectic blend of vlogs that range from comedic to personal entries.

He has since amassed more than 800,000 subscribers to his #100 Noção YouTube channel. One of his most popular videos there, "MINHA MÃE COMPROU UM IPHONE 6", has earned more than 400,000 total views.

He and fellow YouTube Anthony Padilla are both known for their comedic content on their respective channels.

Thiago Barros Is A Member Of