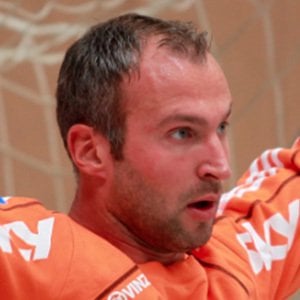 French handball goalkeeper for who's played for Paris Saint-Germain and the French national team. He's been widely considered to be one of the best handball goalkeepers of all time and is the third goalkeeper so far to have been elected best player of the world by the International Handball Federation.

He was born in Mulhouse, France.

He and wife Laurence share a son and a daughter.

Thierry Omeyer Is A Member Of