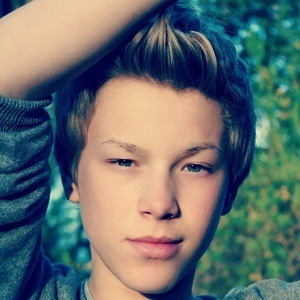 Actor and singer who first rose to fame competing on the 2008 show Kiddy Contest. Finding musical success on the show, he released several albums before making his screen debut as Sawyer Meybach in the 2011 film Hotline. He then followed with roles in Summer of Dreams and Blutgeld.

He first began singing in Sunday school at the age of four. By 2007, he'd begun taking singing lessons and by the following year had starred in a production of Beauty and the Beast.

He has a self-titled YouTueb channel where he has earned a sizable following posting song covers of artists like Drake, Zayn, and Katy Perry.

He grew up in Bochum alongside his parents, Martina and Rolf, and his older sister, Rosa.

One of his most popular YouTube song covers was the 2010 cover of Justin Bieber's "Baby."

Thilo Berndt Is A Member Of