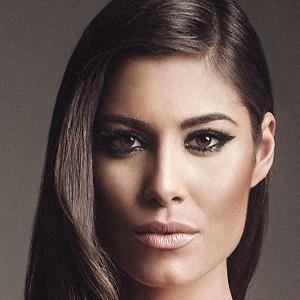 Greek singer who was a participant of EuroSong 2013 - A MAD show, the Greek national final for the Eurovision Song Contest. She is known for singles such as "One Last Kiss" and "Summer Nights."

She turned professional in 2012 when she signed with Panik Records.

She was a contestant on the first season of Your Face Sounds Familiar.

She is from Tinos, Greece and was a student at the University of Patras.

Both she and Eleni Foureira signed with Panik Records.

Thomai Apergi Is A Member Of