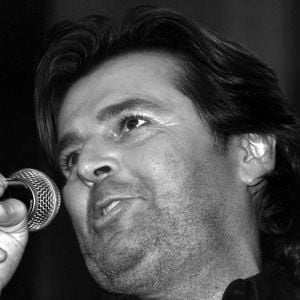 German singer and record producer who is known as the lead singer in the music duo Modern Talking.

He performed for the first time at age 7 and studied musicology for five semesters at Johannes Gutenberg University in Germany.

He once competed in a Radio Luxembourg music contest in 1979 but did not win.

In 2006, he and Vicky Leandros represented Germany in the Eurovision Song Contest.

Thomas Anders Is A Member Of