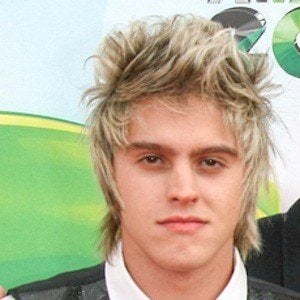 Drummer best known as a former member of the Brazilian boyband Restart. Since the group's disbandment, he has branched out at a singer, songwriter and guitarist with the band Nem Pansar, whose debut EP Simples Assim was released in 2017.

He has lived in São Paulo and Belo Horizonte, Brazil. He met the other members of Restart while in college.

He has dated Larissa M. Aleixes.

He was bandmates in Restart with Pedro Lucas Munhoz Convá, uncle of actor Joao Guilherme Avila.

Thomas Alexander Machado D'avilla Is A Member Of