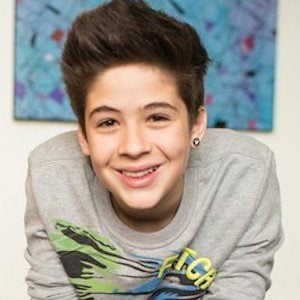 Singer and actor who initially rose to fame in 2011 after he appeared in the film Meu pé de laranja lima. He has since gained a regular spot on the 2015 telenovela Cúmplices de um resgate as Joaquim Vaz.

He earned his first acting role in 2009 in the short film titled O vento.

His official self-titled YouTube channel, which showcases videos of his various acting performances and songs, has accumulated more than 4.1 million subscribers.

His father, Leonardo, is a country music singer. He is also the nephew of Pe Lu, a former member of the band Restart. He began a relationship with influencer Jade Picon.

He stars alongside Larissa Manoela in the SBT telenovela Cúmplices de um resgate.

João Guilherme Ávila Is A Member Of