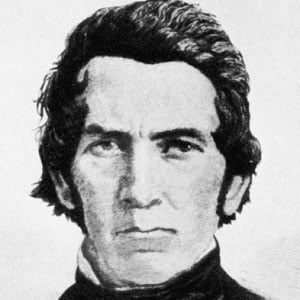 Remembered for building the first direct current electric motor, this nineteenth-century blacksmith carried out electromagnetic work that would prove instrumental to the later development of electric streetcars.

He began his experimentation with electromagnets after touring New York's Penfield and Taft iron facility in 1833.

He improved the wiring of an electromagnet by weaving in silk taken from the wedding dress worn by his wife.

He grew up in Williamstown and Forest Dale, Vermont. His wife, Emily, was his electric motor co-inventor.

Davenport's invention was greatly influenced by the electromagnetic work of scientist Joseph Henry.

Thomas Davenport Is A Member Of