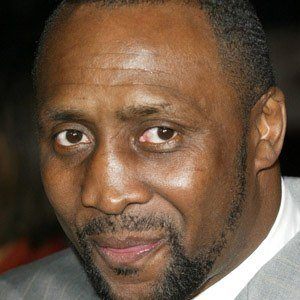 Boxer who was the first in history to win five world titles in five different divisions. He compiled a career record of 61-5-1.

He lived in Detroit, Michigan with his family.

He fought in many acclaimed boxing matches with fellow boxer Sugar Ray Leonard.

Thomas Hearns Is A Member Of