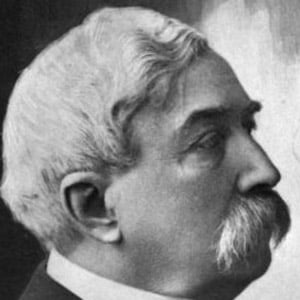 Remembered for his research in the field of parapsychology, this lawyer, journalist, and high-ranking United States Patent Office employee outlined his theory of psychic experiences in an 1892 work titled The Law of Psychic Phenomena.

For a time, he lived in Washington, D.C., where he wrote for The Scripps Syndicate and launched an unsuccessful campaign for a seat in the United States Senate.

Following the publication of his groundbreaking 1892 work, he penned several other books, including Law of Mental Medicine and Scientific Demonstration of the Future Life.

A native of Windham, Ohio, he later settled in Port Huron, Michigan, where he began a legal practice.

He was deeply interested in researching Spiritualism, a nineteenth-century movement in which Rhode Island-born poet Sarah Whitman was deeply involved.

Thomas Jay Hudson Is A Member Of