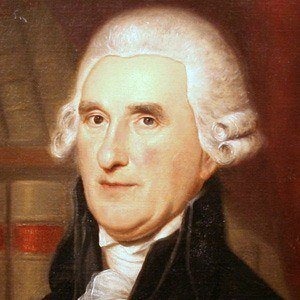 The 2nd Governor of Pennsylvania from 1799 to 1808 who also served as the President of Delaware and Chief Justice of Pennsylvania. He was a member of both the Federalist and Democratic-Republican parties.

He began studying Law when he was sixteen, and was admitted to the Bar of the Lower Counties in 1755.

McKean County, Pennsylvania is named after him and he was a delegate to the Continental Congress where he signed the United States Declaration of Independence and the Articles of Confederation.

He was married to Mary Borden from 1763 until her death in 1773, and together they had six children. Later he remarried Sarah Armitage in 1774, and they had four children.

He served in a militia unit created by Benjamin Franklin in 1747.

Thomas McKean Is A Member Of