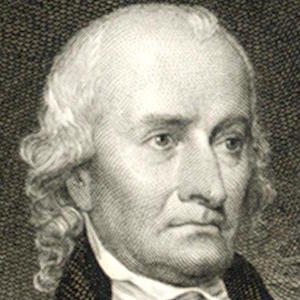 American politician who represented North Carolina at the Constitutional Convention. In Illinois and Tennessee there are counties names after him.

By chance he witnessed the famous Boston Tea party and upon arriving back in London he was summoned before the Privy Council to testify on this act of rebellion and on colonial affairs in general.

He served as a military physician and natural scientist during the American Revolution and helped avert a smallpox epidemic in South Carolina.

He had two sons with his wife Maria, who he married in 1789.

He served alongside Thomas Jefferson at the Philadelphia Convention.

Hugh Williamson Is A Member Of