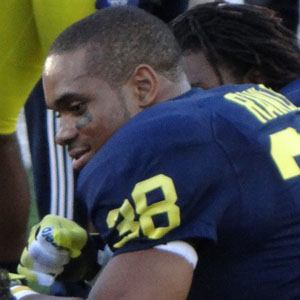 Running back who signed with the Seattle Seahawks as an undrafted free agent in 2015. He spent his college football career at the University of Michigan and Central Michigan University.

He had a 10-yard rushing average his senior season at Flint Northern High School.

He broke the Seahawks franchise rookie record for rushing yards in a game with 209 on November 22, 2015 in a game against the San Francisco 49ers.

He grew up as the youngest child in his family in Flint, Michigan. His parents are Deadra Whitley and Thomas Terrell Rawls.

He broke a local rushing record set by Mark Ingram while in high school.

Thomas Rawls Is A Member Of