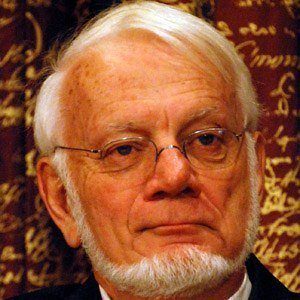 Professor of molecular biophysics and biochemistry who won the Nobel Prize in Chemistry in 2009 for his studies on the structure and function of the ribosome.

He graduated from Lawrence University with a degree in Chemistry in 1962.

He also won the Gairdner International Award in 2007.

He and his wife, Joan, were married in 1966 and they had a son together.

He worked under the direction of William Lipscomb while studying for his Ph.D. in biochemistry at Harvard University.

Thomas Arthur Steitz Is A Member Of