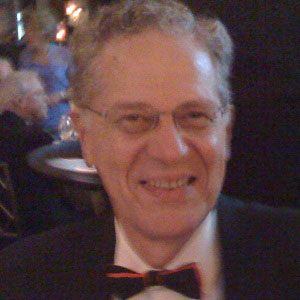 The co-recipient (with Russell Alan Hulse) of the 1993 Nobel Prize in Physics, he is famous for his discovery of a new variety of pulsar, a binary pulsar, which he and Hulse named PSR B1913+16.

After obtaining his bachelor's degree in physics from Haverford College and his doctorate in astronomy from Harvard University, he accepted a professorship at the University of Massachusetts Amherst.

The son of Quakers Joseph and Sylvia Taylor, he spent his early days in Philadelphia, Pennsylvania, and the rest of his youth in Cinnaminson Township, New Jersey. His brother, Harold E. Taylor, also had a career as a physicist.

He and fellow physicist Kenneth Wilson are both recipients of the Wolf Prize and the Nobel Prize.

Joseph Hooton Taylor Jr. Is A Member Of