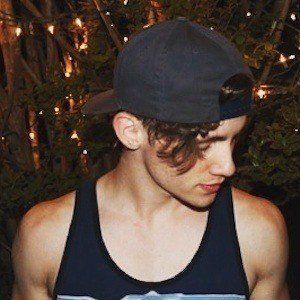 Singer and songwriter who is best known for his time on the reality competition series American Idol. He appeared during its final season during the winter and spring of 2016.

He began singing in the 5th grade. He was a junior in high school in Bentonville, Arkansas when he initially auditioned for American Idol.

His audition song was "Give Me Love" by Ed Sheeran. He passed into the Top 24 of American Idol in February 2016.

He was born and raised in Little Rock, Arkansas. He grew up surrounded by foster siblings.

Thomas Stringfellow Is A Member Of