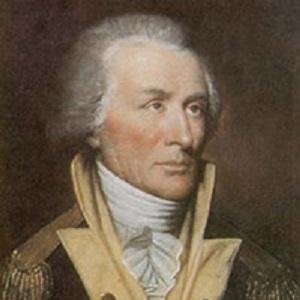 War veteran who was nicknamed "The Carolina Gamecock" for his aggressive tactics as a brigadier general during the American Revolutionary War. He later became a member of the United States Senate and the House of Representatives.

He embarked on the famous Timberlake Expedition, meant to verify the end of the Anglo-Cherokee War, in 1761.

The nickname of the University of South Carolina, "Gamecocks," was inspired by him.

He and Strom Thurmond are both former United States Senators from South Carolina.

Thomas Sumter Is A Member Of