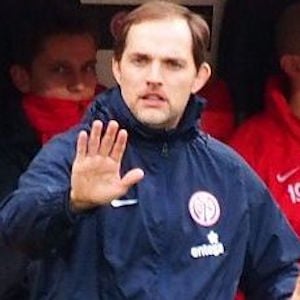 He grew up playing soccer with TSV Krumbach and and FC Augsburg before making his professional debut with the Stuttgarter Kickers in 1992.

He grew up in Krumbach, West Germany. He and his wife Sissi have two daughters.

He took over Dortmund after Jurgen Klopp left to coach Liverpool FC.

Thomas Tuchel Is A Member Of