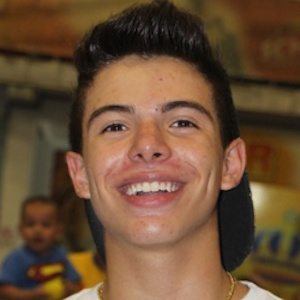 Actor who is best known for his role as Daniel Zapata on the Brazilian remake of the renown telenovela Carrossel. He began his time on the show during the series' pilot episode in 2012.

He began studying theater at age 3. He appeared in the commercial series called Sure Councils, which was his first professional acting gig.

In 2015, he portrayed Daniel Zapata in the Carrossel film. In 2016, he was nominated for the Teen Fever Award for Six Pack of the Year.

He appeared in the 2015 Carrossel film alongside Jean Paulo Campos.

Thomaz Costa Is A Member Of