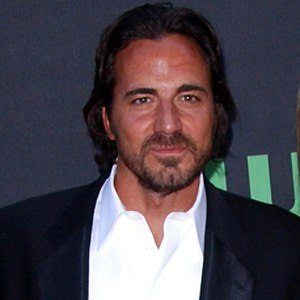 German-British actor known for appearing in soap operas like One Life to Live, General Hospital, and All My Children. He has also appeared on the stage in roles like Macbeth and The Taming of the Shrew.

He was a rugby player who earned a Master's degree in theatre history from Wayne State University.

He published a poetry book entitled "From Timber Ridge to Daymer Gardens", the proceeds from which he donated to charity.

He married and had children with One Life to Live co-star Susan Haskell.

He and Melissa Archer have both regularly appeared on One Life to Live.

Thorsten Kaye Is A Member Of