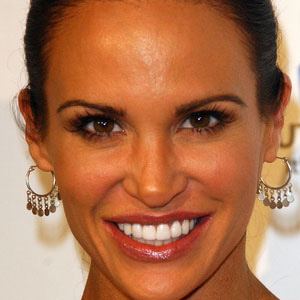 Most well known for her portrayal of Sergeant Maritza Cruz in the NBC crime drama Third Watch, she is also recognized for her recurring roles on Huge and Malibu Shores.

At the start of her career, she appeared in episodes of Sisters and Land's End and was also featured in the 1993 movie Coming in Out of the Rain.

A voice actress as well as a live action performer, she contributed to the animated series Static Shock as well as to the CBS program The NFL Today.

The daughter of an insurance salesman and an alternative medicine practitioner, Tia Texada (born Tia Nicole Tucker) spent her youth in Louisiana.

She played a small role in the Andrew Garfield starrer The Amazing Spider-Man.

Tia Texada Is A Member Of