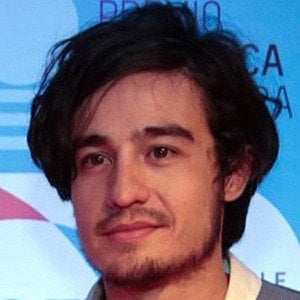 Brazilian singer, guitarist and pianist who first gained significant attention with his 2007 single "Nothing But a Song." His debut album, Let Yourself In, was met with critical acclaim and cracked the top 10 in countries like Japan.

He grew up primarily in England and the United States, which is why he sings in English. He first picked up guitar at age 8.

His song "Amei Te Ver" was nominated for a Latin Grammy for Best Portuguese-Language Song.

His full name is Tiago Iorczeski. His mother was taught English by his guitar teacher.

He opened for Jason Mraz during the singer-songwriter's 2009 tour of Brazil.

Tiago Iorc Is A Member Of