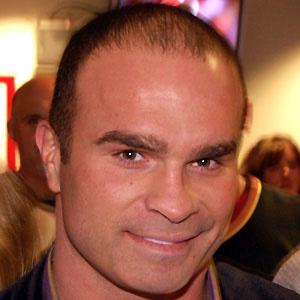 Former winger who played 16 years in the NHL, known as an enforcer who racked up tons of penalty minutes for his highly aggressive and physical play.

In 1995, he was suspended eight games for brutally knocking out New York Rangers defenseman Ulf Samuelsson with a sucker punch.

He infamously knocked New Jersey Devils defenseman Scott Niedermayer out with an elbow in the 2001 Eastern Conference semi-finals.

Tie Domi Is A Member Of