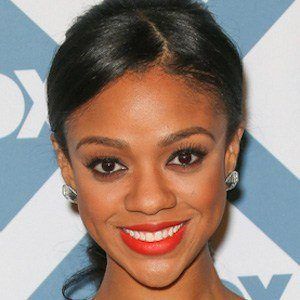 Film and television actress, she is best known for her role as Mandy Lang in the second season of Fox's The Following. She is also known for her supporting role as Savannah Snow in the 2013 fantasy film adaptation Beautiful Creatures.

She graduated from the Baltimore Training School of the Arts. She attended the California Institute of the Arts and graduated in 2009. Her first onscreen role was in the 2006 film Hamilton as Briana.

She loves iconic singer Beyoncé and is very active on her Tumblr page.

Her mother raised her in Baltimore after her father was murdered in 1991.

She starred in The Following opposite Kevin Bacon.