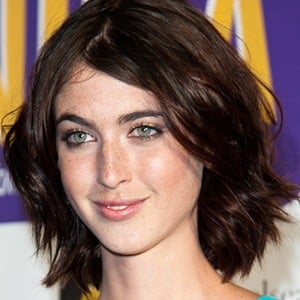 British model and beauty pageant contestant who is best recognized for having won the Miss Universe Malta pageant during the 2017 season. She is also known for having won the sixth cycle of the competition series Britain's Next Top Model in October of 2010.

As a model, she first started earning recognition when she appeared in DJ Ruby's music video for the song "Living in the Dark". In 2009 she competed in the Miss Maltese Islands pageant where she placed third. She gained attention after winning Britain's Next Top Model in 2010.

She is also known for having represented Malta at the Miss Universe Pageant in 2017 held at the AXIS in Las Vegas, Nevada.

She was born in Wolverhampton, West Midlands, England but was raised in Attard, Malta. She has an older sister.

During her appearance on the show Britain's Next Top Model in 2010, she was asked to cut her trademark hair in exchange for a pixie crop by the host of the series Elle Macpherson.

Tiffany Pisani Is A Member Of