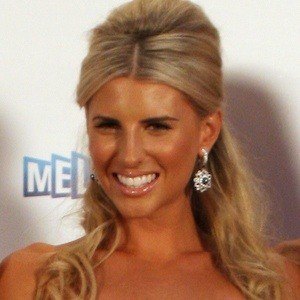 Australian fitness personality and author known for her time as a trainer on The Biggest Loser: Families. During her time on the show, she also ran a blog on the show's website.

She attended the University of Melbourne, which she graduated from in 2007. Growing up, one of her English teachers was John Marsden.

After publishing several nonfiction health books, she released her first novel in 2012. She's a fifth degree blackbelt in Taekwondo.

She married filmmaker and actor Ed Kavalee in 2014. In November 2017, they welcomed their first child, a son named Arnold Martin.

Tiffiny Hall Is A Member Of