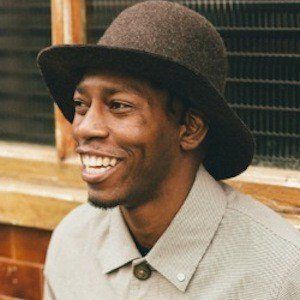 Born Adam Muhabwa, he is a rapper blending jazz and soul who leads a nine-piece band. He became well known for singles called "Georgia" and "Run."

He is self-taught as a songwriter, producer and composer. He released a debut EP called Evilution.

He was the opening act for Jess Glynne on the UK leg of her 2016 tour.

He was born in Tanzania and raised in London, England.

Lady Leshurr is featured on his 2016 single "Run."

Tiggs Da Author Is A Member Of