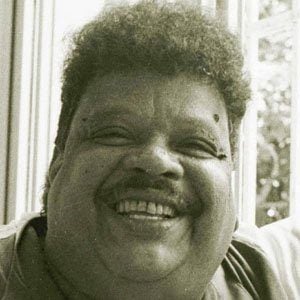 Late MPB artist who was named Brazil's greatest singer of all time by Rolling Stone magazine and who released popular ballads like "Me Dê Motivo."

He was the drummer in his first band, Os Tijucanos do Ritmo, at age fourteen.

He released thirty-three albums during his career, which spanned more than four decades.

He fathered two sons, Carmelo and Jose, during his longtime relationship with Geisa Gomes da Silva.

He was honored by Robin Finck with a vocal tribute in 2001.

Tim Maia Is A Member Of