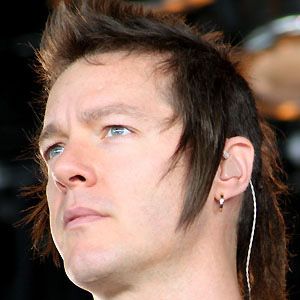 He played in numerous Atlanta-based rock bands before joining Nine Inch Nails in 1994.

He held the unique honor of playing in two bands featured on VH1's list of 100 Greatest Artists of Hard Rock.

He married Bianca Sapetto, a gymnast, in 2001. He and Sapetto later became parents to a daughter.

Robin Finck Is A Member Of