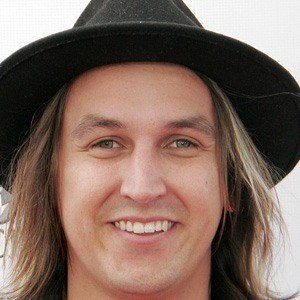 Singer-songwriter known for being the bassist of the band OneRepublic from 2004 to 2007. As a a solo artist, he has released singles like World War.

He was training in classical piano by age thirteen and was writing his own songs by fourteen.

His songs have been featured in a number of films, including 21 Jump Street, Magic Mike, and Cloudy With a Chance of Meatballs 2.

He and Zach Filkins have both been members of OneRepublic.

Tim Myers Is A Member Of