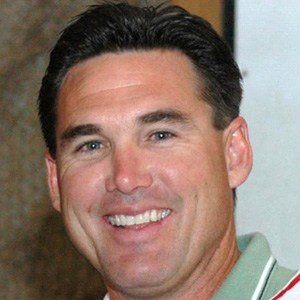 MLB outfielder who played his entire 14-year career for the Anaheim and Los Angeles Angels. He helped the team win a World Series Championship in 2002.

He starred at Grand Canyon University before being drafted by the Angels.

He won the American League Rookie of the Year Award in 1993.

He had four children, Callie, Jacob, Katelyn and Ryan, with his wife Marci.

He got the very first hit ever off of legendary New York Yankees relief pitcher Mariano Rivera.

Tim Salmon Is A Member Of