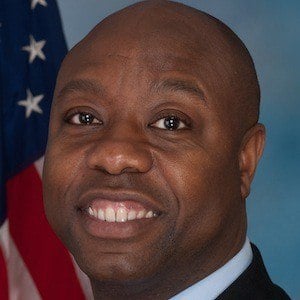 Republican politician who became a U.S. senator from South Carolina, winning in 2013 after serving for two years in the U.S. House of Representatives.

He became the first black Republican elected to any office in South Carolina since the 19th century when he became a Member of the Charleston County Council from the 3rd district in 1995.

He became the first African-American senator from the state of South Carolina and the first from the South since 1881.

His mother was a nursing assistant and struggled to provide for the family.

In 2013 he was named to fill the US Senate seat vacated by Jim DeMint.

Tim Scott Is A Member Of