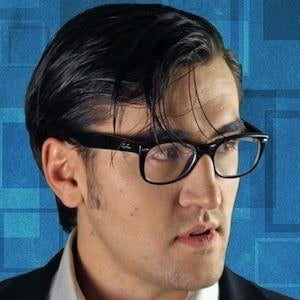 Web series actor who became best known as one of the stars of the web series Marble Hornets that came to a conclusion in June of 2014. He portrayed Timothy Wright, AKA The Masked Man.

He acted in the Marble Hornets student film before the web series came to fruition in 2009.

He was a writer on the Slender Man game, Slender: The Arrival.

He is from Decatur, Georgia.

He worked alongside Troy Wagner on Marble Hornets and the YouTube channel THAC TV.

Tim Sutton Is A Member Of