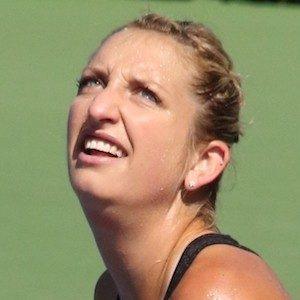 Tennis player who had a breakout season in 2015, winning fifteen consecutive matches and two titles. She has been ranked as the top women's player in Sweden and won a silver medal in the doubles competition at the 2016 Summer Olympics.

She grew up in Lausanne, Switzerland and began playing tennis at age five. She idolized American player Monica Seles.

She won the WTA Most Improved Player award in 2015.

She married a man named Andreas. Her father Igor was a tennis coach.

She partnered with Martina Hingis to win her first Olympic medal.

Timea Bacsinszky Is A Member Of