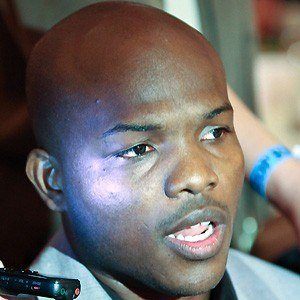 He briefly worked as waiter and dishwasher before starting his boxing career.

He was stripped of his WBC championship in 2011 after refusing to fight light welterweight Amir Khan.

He had two step-children with his wife Monica Manzo.

His defeat of Manny Pacquiao by decision created controversy in 2012. Some say that the fight marked the end of integrity in professional boxing.

Timothy Bradley Is A Member Of