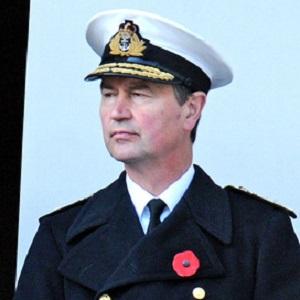 British former naval officer who married Princess Anne in December 1992. He served as the Equerry to Elizabeth II from 1986 to 1989.

He was captain of the cricket team at the University of Durham and edited the school's newspaper, Palatinate.

He retired from the Navy in 2010 and became a Knight Commander of the Royal Victorian Order in 2011.

His father was Commander Guy Stewart Laurence and his mother was Barbara Alison Laurence.

He and equestrian Mark Phillips have both been married to Princess Anne.

Timothy Laurence Is A Member Of