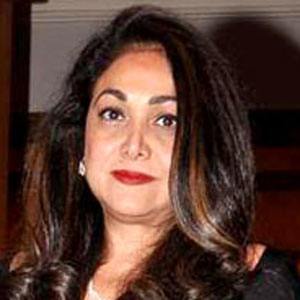 Screen actress known for her roles in Bollywood films of the 1970s and 1980s. She starred in such movies as Man Pasand, Lootmaar, Rocky, Souten, and Adhikar.

She began her acting career after competing in the 1975 International Teen Princess pageant. She appeared in her first film, Des Pardes, in 1978.

She appeared in nearly forty Bollywood films between 1978 and her retirement from acting in 1987.

She acted in numerous 1980s films with Bollywood star Rajesh Khanna. She and Khanna were also romantically involved for a time.

Tina Ambani Is A Member Of