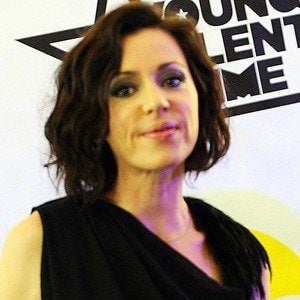 She became a household name in Australia after her late 1970s appearance on Young Talent Time, wowing the audiences with her voice for nine straight years.

She struggled making the transition from childhood fame to adult success, until at age twenty-one she re-invented herself as a raunchy diva.

She was born Lydia Arena and called Pina by her family, which transformed into Tina, her stage name. She was married to Ralph Carr from 1995 until 1999. Then in 2000 she began dating Vincent Mancini and together they welcomed a son in 2005.

She performed a duet with Donna Summer called "No More Tears (Enough is Enough)."

Tina Arena Is A Member Of