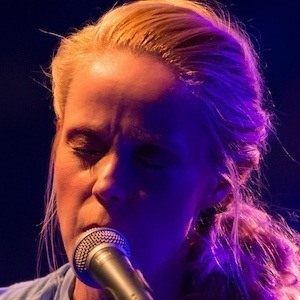 Danish singer who originally gained prominence with the band Tina Dickow and Sheriff, who released the hit song "Your Waste of Time." She later embarked on a highly-successful solo career with albums like 2005's In the Red and 2012's Where Do You Go to Disappear, both of which hit number one on the Danish album charts.

She played in a cover band called Mel when she was in eighth grade. In high school, she performed in another cover band, Fester Kester.

She received the Crown Prince Couple's Culture Prize for her contributions to Danish culture in 2008.

She married Helgi Jónsson in 2014. She has children with Jónsson named Jósefína and Emil.

She collaborated with with Australian singer Holly Valance on the song "Send My Best" in 2005.

Tina Dico Is A Member Of