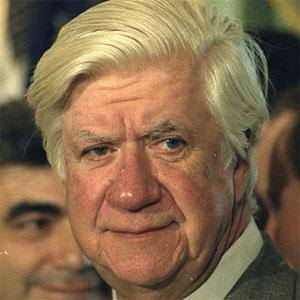 An avid baseball fan, he got his nickname from a baseball player of the time known for fouling off pitch after pitch until the pitcher finally walked him.

He opposed the Vietnam War and pushed for the impeachment of President Richard M. Nixon, retaining his liberal political views even as they became unpopular among his own party.

He grew up in a working class neighborhood of Cambridge, Massachusetts, his mother dying when he was a child and his father remarrying after.

One of his first political campaigns came when he was 19, in support of Franklin D. Roosevelt's presidential election.

Tip O'neill Jr. Is A Member Of